Michael S. Rosol, Ph.D., has served as Chief Medical Officer of Navidea since December 2018. Prior to joining Navidea, Dr. Rosol served as Associate Director in the Clinical and Translational Imaging Group at Novartis Institutes for BioMedical Research from November 2016 to December 2018. Before that, he held positions as Senior Director of Business Development at Elucid Bioimaging, Inc. where he drove adoption of its Computer-Aided Phenotyping applications from May 2016 to November 2016, and as Chief Scientific Officer of MediLumine, Inc. from October 2015 to May 2016. Prior to those roles, he was the Head of the Translational Imaging Group at Novartis Pharmaceuticals Group from October 2012 to March 2015. His training and experience lie in the fields of biophysics, physiology, and biological/medical imaging, and his work has focused on cardiovascular imaging, preclinical and clinical imaging instrumentation and applications, animal models of human disease, pathophysiology, biomarkers, and imaging in toxicological and clinical trials. He has also served as faculty in Radiology and Director of two academic research imaging facilities. Dr. Rosol holds a Ph.D. from Boston University School of Medicine. 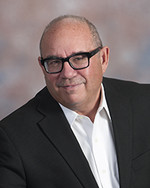